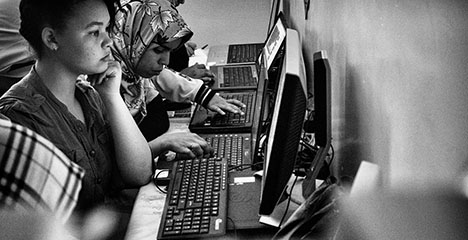 Education For All is happy to have patrons who serve as ambassadors for the organisation. They often have links to the UK and Morocco. 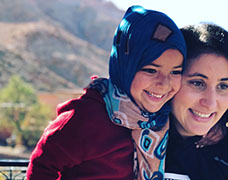 Zina Bencheikh
Zina Bencheikh is driven by her passion for making the world a more inclusive and equal place.

Born in Marrakech, educated in France and the UK, Bencheikh started her career in finance in Paris before returning to Morocco to join Intrepid as Finance Manager in 2010. She has progressed rapidly through a number of financial and operational leadership roles with the company, while championing gender equality initiatives, particularly for women in North Africa.

As the newly appointed Managing Director of Intrepid Travel for EMEA, Zina uses the company’s global reach to create economic opportunities for women through tourism, breaking down gender barriers in countries where women have been traditionally excluded from paid work and equal access to education, such as Morocco – her home country. By encouraging and supporting women to train as tour leaders, as well as championing female entrepreneurs by contracting them as suppliers, Zina has already helped shift mindsets in the country.

Zina’s commitment to championing the advancement of education and employment opportunities of women in Morocco was key in building the relationship between Education for All and Intrepid Travel though the company non for profit – The Intrepid Foundation. This relationship has led to creating opportunities to over 100 girls from rural Morocco to access education as well as helping some of their graduates to access paid internships in the Intrepid office of Morocco.

Now regarded as one of Morocco’s leading advocates for gender equality, Zina’s work has been profiled by the BBC Travel Show, Skift, Forbes, Fodor’s, Vacations Mag and AFAR, amongst others

His Excellency Mr Thomas Reilly, Her Britannic Majesty’s Ambassador to the Kingdom of Morocco.
Accepting the role of Patron to Education For All in October 2017, Thomas sees education as the basis of economic opportunity, social mobility and personal development. As a father himself, education is a priority for him and he has embraced the role of Patronwith eagerness, helping to ensure that young women are given the chance to receive an education and the opportunity to achieve their potential. Thomas is dedicated to the EFA project and has helped raise awareness of girls education and the work of EFA in Morocco and the UK. He has brought national media attention to EFA through the recent visit of the Duke and Duchess of Sussex, Harry and Meghan, which his office organised, and ensured that EFA was on their list of NGOs to visit due to their dedication to girls' education. He has written many articles about the work of EFA. 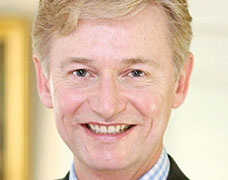 His Excellency Mr Clive Alderton LVO – Former Ambassador to the Kingdom of Morocco.
On his appointment to the royal household as Private Secretary to his Royal Highness Prince Charles, Clive was no longer able to continue being Patron of EFA, although he and his wife, Catriona, remain key supporters.

Would you like to be an EFA Patron? If you would like to be a Patron and feel you have excellent skills and contacts which will increase EFA’s visibility and funding, please contact . We are particularly interested in women with a Moroccan/ Middle Eastern Background. 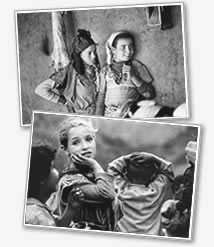